Usually I go out during my lunchbreak and do some tangling but alas I was more or less 'workbound' as my daughter had my car for the day whilst hers was getting looked at.  So I had some time to kill and was flicking through a House and Garden magazine and came across this really cool garden setting. 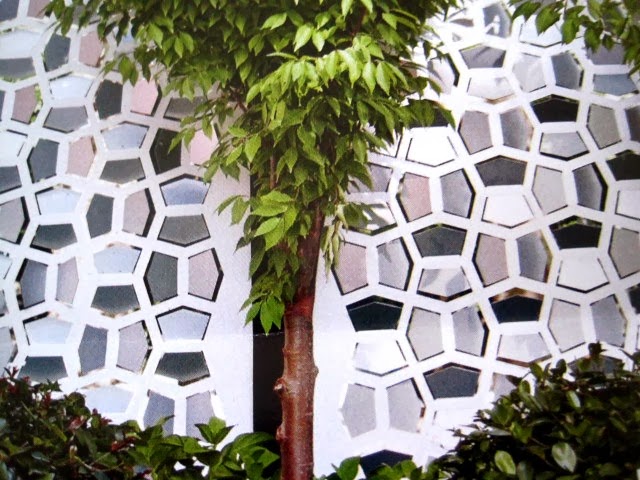 Being the Tangler that I am, I wondered how I could deconstruct this beautiful backdrop into a Tangle Pattern.  I did a quick sketch and left it at that - until today, (which was only 2 days later really lol). It was on my mind and I did not want to brush it aside for another day, coz that day may never come back.

So here it is -  I called it 'Zulu' - my daughter said it reminded her of warrior shields, so Zulu it is.  There's probably a step out somewhere out there but I've not come across it and apologies if there already is a step out.  Please let me know as I would not like to tread on someone's toes. 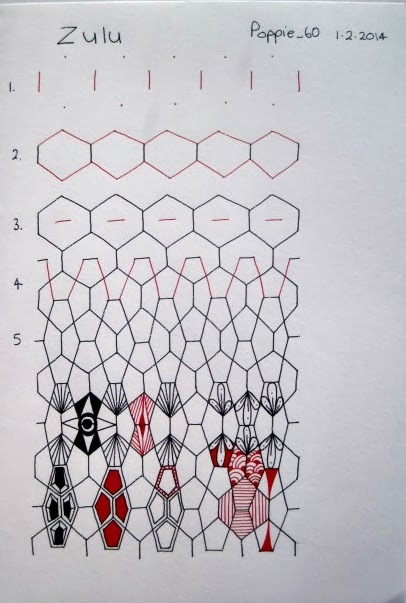 I tried scanning, but my scanner wanted to play games with me and divied up the page into sections, so I had to take pictures and even that gave me grief.  I ended up taking the pics outside but I still see some shadows - so I do apologise for that.

When I tested this pattern out on a scrap piece of paper the other day I actually had vertical lines in the centre - it does change the pattern a little and it looks like this. 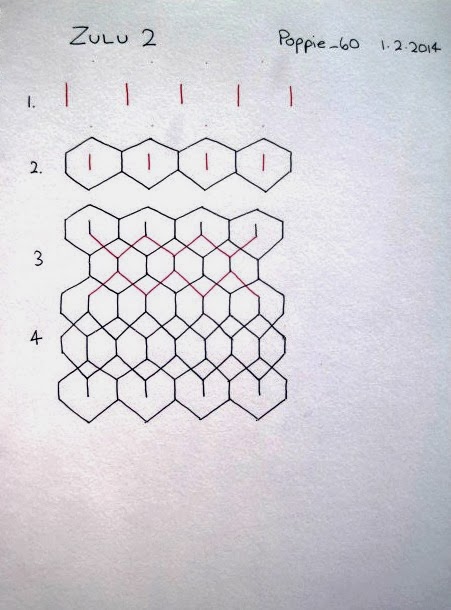 Continuing on, the light kept flashing in my head and I wondered, what would happen if I used circles at each point rather than straight lines? - hmmmmm  -- and here is that 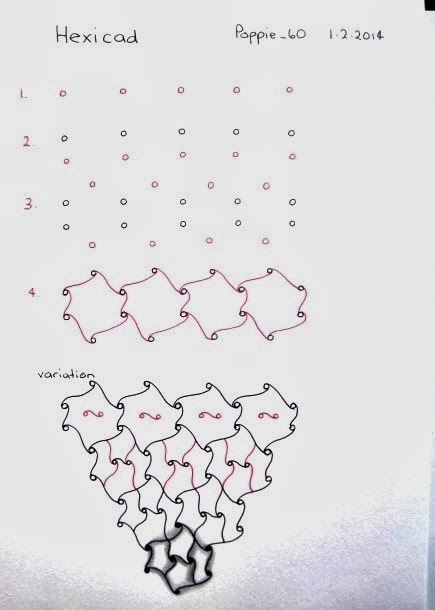 My mind still tick ticking and from all that, I get to this - I couldn't think of a name so I named it after the town I grew up in - the correct spelling is 'Corrimal' but for this it's now 'Korrimal'. 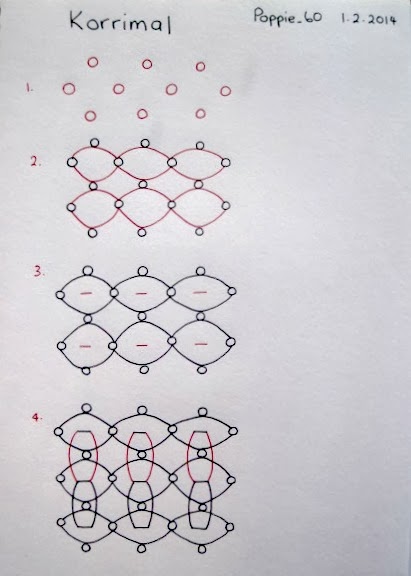 I kept playing and could do more variations on this but decided this is the basic pattern and you could do anything with it, like double arcs, going horizontally and then vertically and you get a new look. 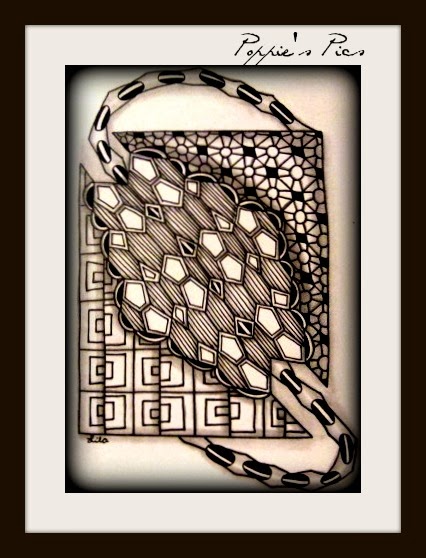 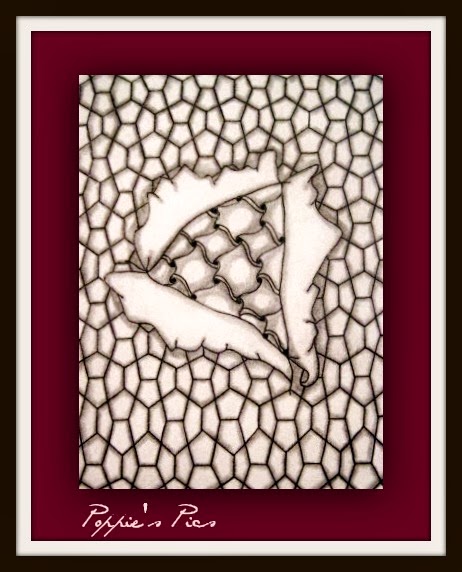 Thank you for staying with me until the end - I hope you have an enjoyable and safe weekend :) 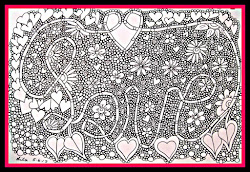